On July 25, students in the Community Service Learning (CSL) program at NWU took part in a “Saruku” walking tour of Isahaya. This was a good opportunity for students to learn about the rich local history that surrounds the university campus.

Fourteen students from abroad and Japan were lead by professor Kato from the Department of Economic Policy and joined by professor Flake from the Department of Foreign Languages. The walking tour began at the main entrance of the university and followed the old Nagasaki Kaido road that connected the Edo capital to Nagasaki prefecture in early days. 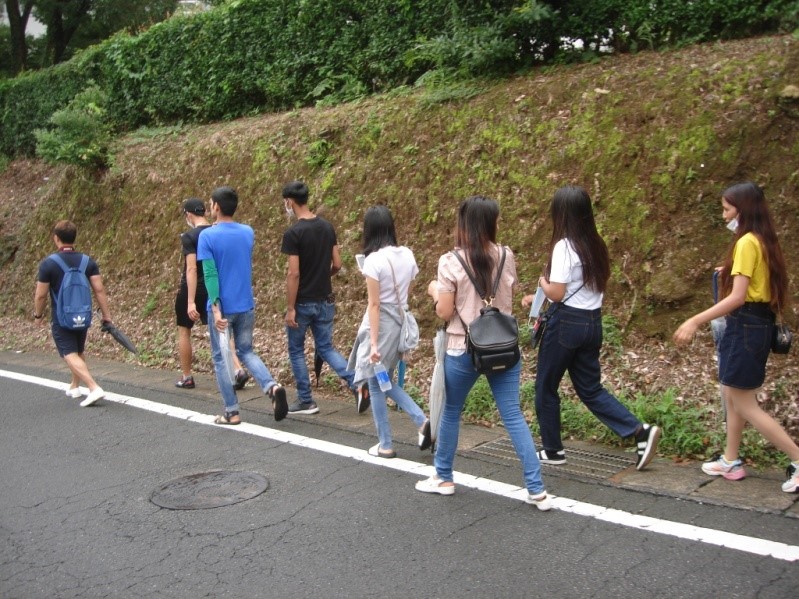 The Nagasaki Kaido road was a 228-kilometer long road traversing Kyushu that
played a crucial role in the sugar trade during the Edo Period (1603-1868) and
came to be known as the “Sugar Road”. In early days, dignitaries would travel
these roads as tributes were paid to Edo. Nagasaki Kaido became an area of
commerce as tea shops and inns would dot the route. For more information on
the fascinating history of Nagasaki Kaido, Kyushu’s “Sugar Road”, please refer
to this article authored by the Japan Government Public Relations Office at the
following URL:
https://www.gov-online.go.jp/eng/publicity/book/hlj/html/201506/201506_13_en.html 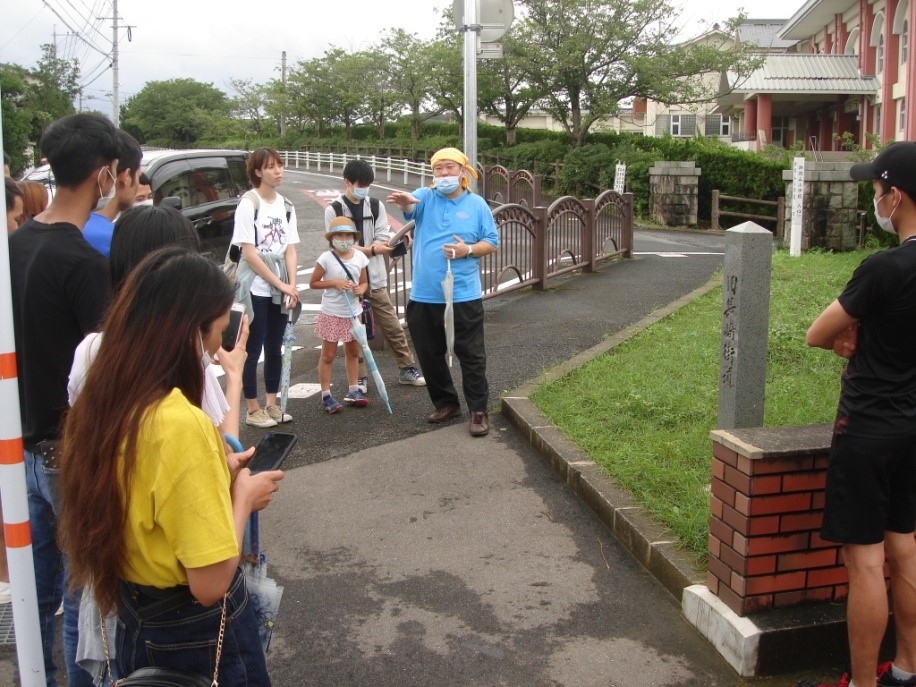 Nagasaki Kaido has no doubt seen many travelers over the years. An elephant brought from Indonesia also journeyed this path in days gone by. The sight of an elephant making its way along the road surely must have been a surprise to local residents. Along the path, the sealed remnants of air-raid shelters left from the days of World War II also can be seen. 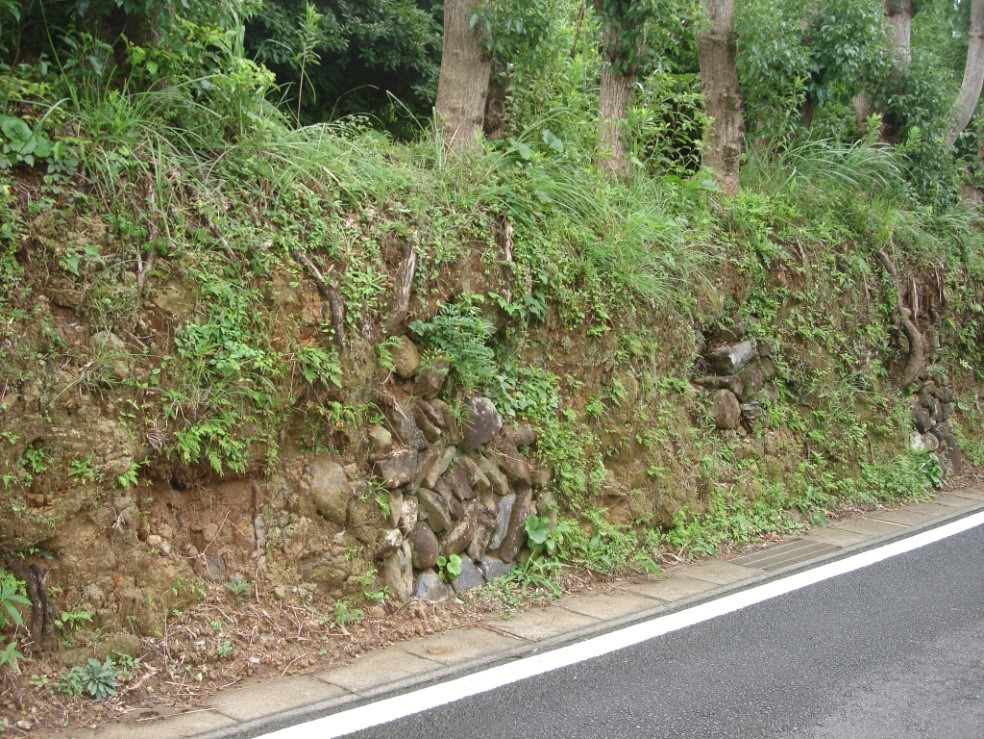 Resting stones marked the pathway—it makes one wonder how many weary travelers must have stopped to rest here over the years. 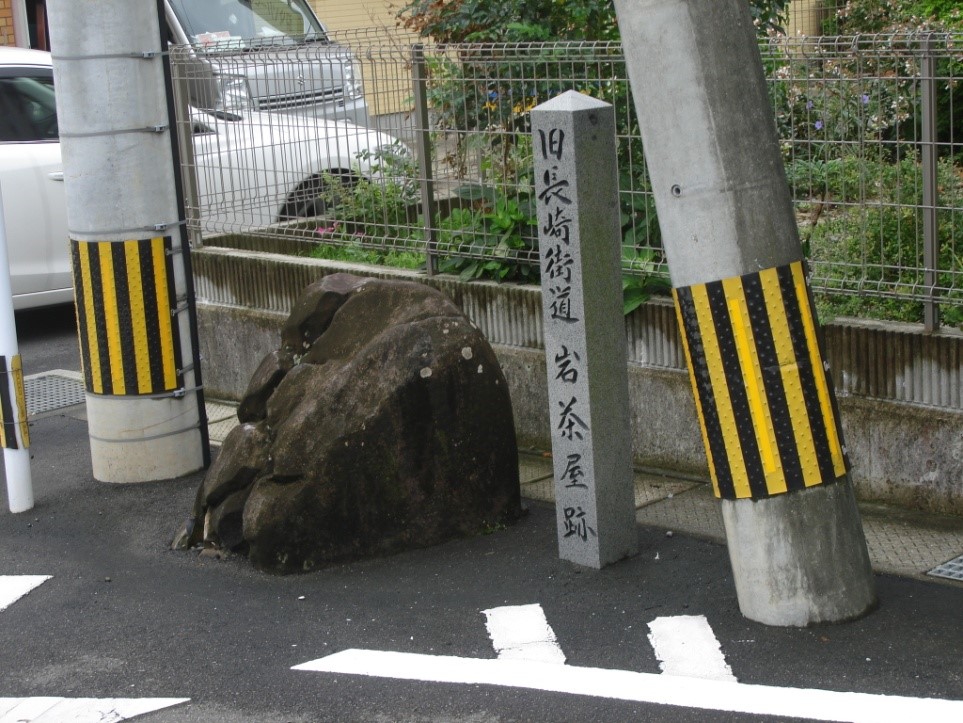 July 25, the day of this walking tour also marked the date of the Isahaya Big Flood which tragically stuck on July 25 in 1957 (Showa 32) exactly 63 years ago.

The flood claimed the lives of 682 local residents. 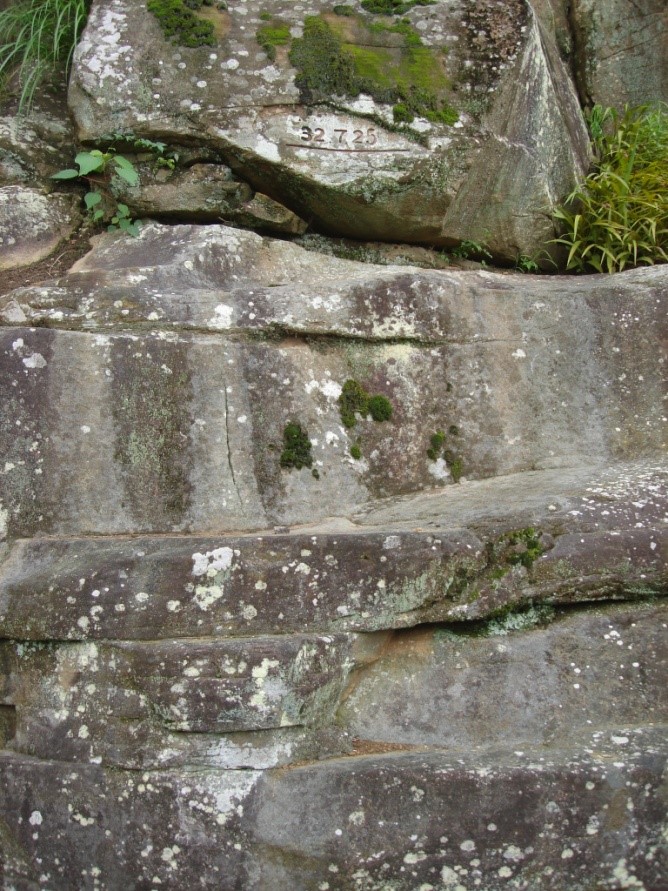 Students also explored the history of local temples and shrines where summer events were being observed. 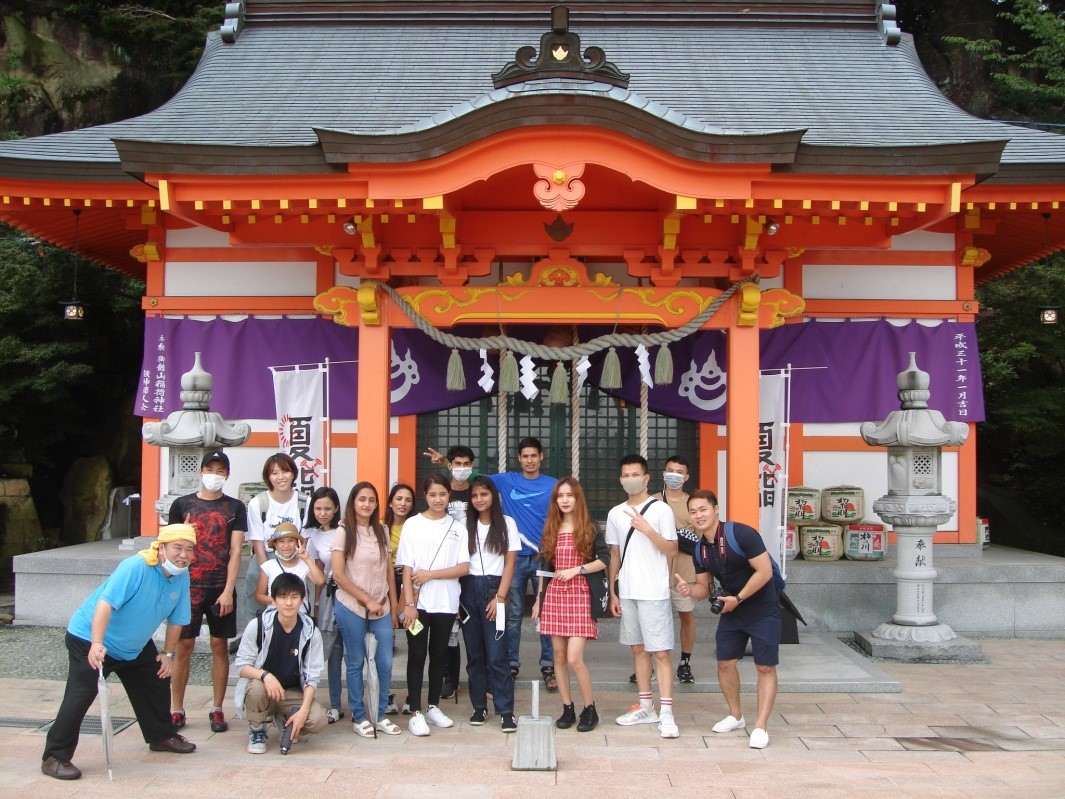 Isahaya Park area and the spectacles bridge were also a highlight of the walking tour. 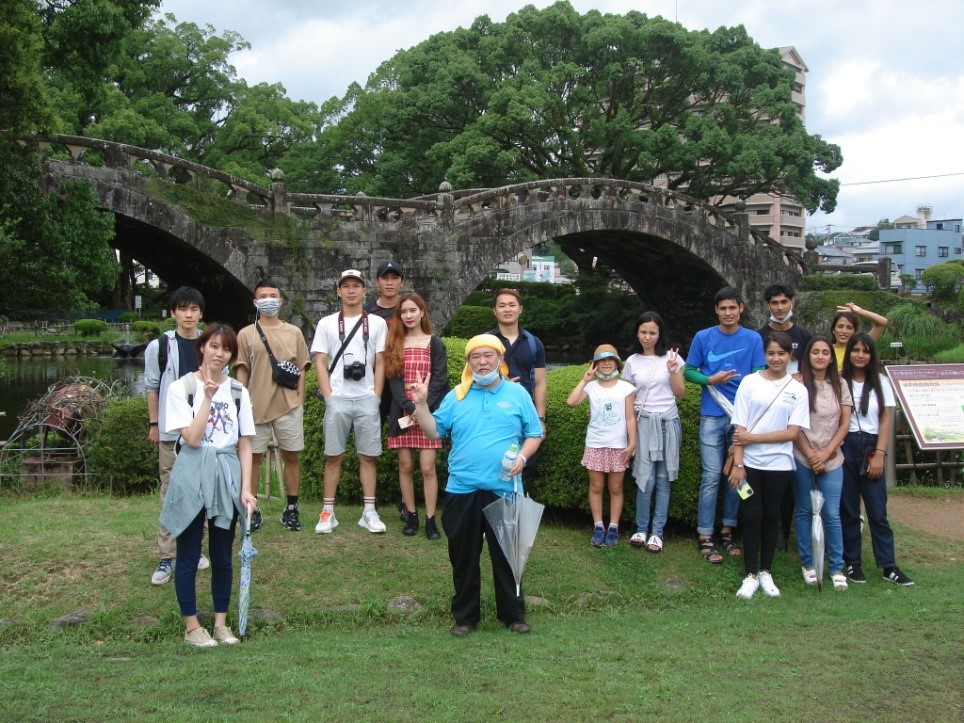